We are proud to be an independent local optician, and according to the experts at consumer body Which?, our pride is well-founded. In a comprehensive survey of UK opticians, independents topped the table with an average customer score of 87 per cent

Which? surveyed over 4,000 practices and independent opticians achieved the maximum 5-star rating in five of the seven chosen categories.

The Which? survey investigated seven key categories, including store environments and the thoroughness of eye tests. Local independents were the only opticians to achieve five stars in customer service, product quality and after sales. While independent opticians received a five-star rating for their store environment and customer service, some of the national chains were awarded just two stars.

There was little distinction between high-street chain opticians and retailer spin-off brands, whereas independent opticians achieved top ratings in five of the seven categories Which? assessed. The independents’ industry-leading 87 per cent customer score was calculated according to satisfaction levels during each respondent’s most recent visit.

This survey of almost 8,500 Which? members bears a striking resemblance to a similar report in 2014. The previous survey also concluded that local independent practices led the way for quality and service, recording similarly large rating gaps between independents and high street chains. It seems the benefits of using independent opticians remain as compelling as ever…

Independent practices lead the way for quality and service 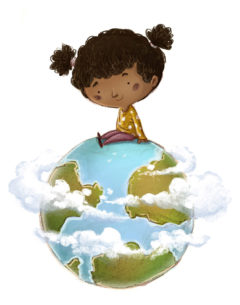 We are a local, independent family run practice.

We pride ourselves on treating each of our patients as an individual to tailor the best possible approach to meet your eye and vision needs.

At Earlam and Christopher Opticians and Optometrists we believe in providing our customers with professional and thorough eye health care.

Blog
> ÈYES ARE THE STORY review
> Seasons in the sun
> Managing Myopia
> Colour Blindness
> Something old, something new
Follow Us
Links
> How to leave us a review
> Freedom of Information
> Sitemap
> Privacy Policy

This website uses cookies to improve your experience while you navigate through the website. Out of these, the cookies that are categorized as necessary are stored on your browser as they are essential for the working of basic functionalities of the website. We also use third-party cookies that help us analyze and understand how you use this website. These cookies will be stored in your browser only with your consent. You also have the option to opt-out of these cookies. But opting out of some of these cookies may affect your browsing experience.
Necessary Always Enabled
Necessary cookies are absolutely essential for the website to function properly. This category only includes cookies that ensures basic functionalities and security features of the website. These cookies do not store any personal information.
Non-necessary
Any cookies that may not be particularly necessary for the website to function and is used specifically to collect user personal data via analytics, ads, other embedded contents are termed as non-necessary cookies. It is mandatory to procure user consent prior to running these cookies on your website.
SAVE & ACCEPT